The Children’s House staff is comprised of qualified childcare professionals with a trained Montessori teacher in each classroom. The staff is overseen by an Executive Director who manages the operations of the school under the direction of the Board of Trustees. 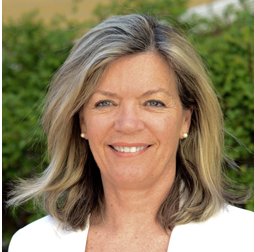 The greater part of my professional career I was employed by the County of Essex. In those 26 years I was given a number of responsibilities including; Director of the Department of Public Works, which oversees all county roads, bridges and buildings; Assistant Director of the Department of Parks, Recreation and Cultural Affairs and the Deputy County Administrator. While in the Parks Department one of my assignments was to coordinate the 26 day camp programs held throughout the County. I enjoyed that so much that my goal, for the future, was to return to some type of work with young children. I am so excited to now have that opportunity to be working with The Children’s House family of children, teachers and parents. The Children’s House is a wonderful, enriching, Montessori environment for all our students and it is my pleasure to serve as the director. I grew up in Chicago, moved to Montclair and after I was married to my husband, Greg, we moved to Verona, where I have lived and raised our two sons ever since. After leaving the County of Essex, I spent a number of successful years in Real Estate and still keep myself involved in that. I have enjoyed volunteering for many school, church and civic organizations. I am excited about my opportunity to be a part of the new beginnings each day at The Children’s House.

The objective of the Board of Trustees, comprised of tuition paying parents who serve without compensation, is to direct the school in pursuit of a positive education in a Montessori context for preschool children.